A number of our Berne-Knox-Westerlo students enrolled in the Capital Region BOCES Career and Technical School (CTE) this year were honored in end-of-the-year ceremonies. 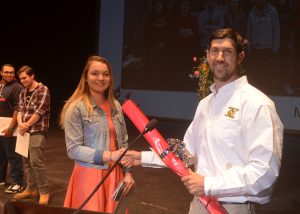 With a packed house of parents, family members, friends, CTE faculty and staff, BOCES administrators and educators from their home districts looking on, the 295 program completers and dozens more first-year students were honored during morning and afternoon ceremonies for excellence in their chosen trades. 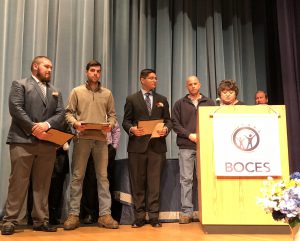 At a June 6th ceremony, 62 CTE students from the Schoharie campus received certificates of completion, honors and awards.

The ceremony at Cobleskill-Richmondville High School marked the completion of one- and two-year programs at the school, including culinary, cosmetology, commercial construction/heavy equipment, criminal justice, residential construction and automotive technology. 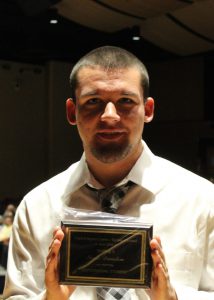 Approximately 50 seniors, including a BKW student, were honored on June 9th as CTE celebrated the conclusion of its second year operating in the Center for Advanced Technology (CAT) at Mohonasen.

Congratulations to all our students!